The term Demon-spawn is used in reference to either those born of the unholy union of mortal and demon, or the descendents of such a creature.  Since Lilac's decree that all beings with demonic influence be brought to Anserak, these beings have become even more rare than they already were.

Half-demons, also known as Cambions and Hanyou, are the result of the union (usually non-consensual) between a mortal and a demon.  Most often the demon is either an Incubus or Succubus, who used their lusty powers to seduce their unwitting prey.  Further, the demon need not always appear in their full form.  Another mortal, possessed by a demon, is enough to create the conditions for a Cambion's birth.  If a woman, possessed by a succubus, becomes pregnant, even the expulsion of the succubus before the child comes to term is not enough to prevent the baby from being an abomination.

Half-breeds typically exhibit features of their infernal parent, most often in the form of horns and a tail, though they can also have wings, hooved feet, claws, and even stranger deformities.  Half-demons are also very powerful, inheriting their demonic father or mother's physical and mystical powers, at least to some degree.

Return to the Index of Races. 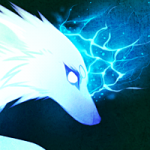